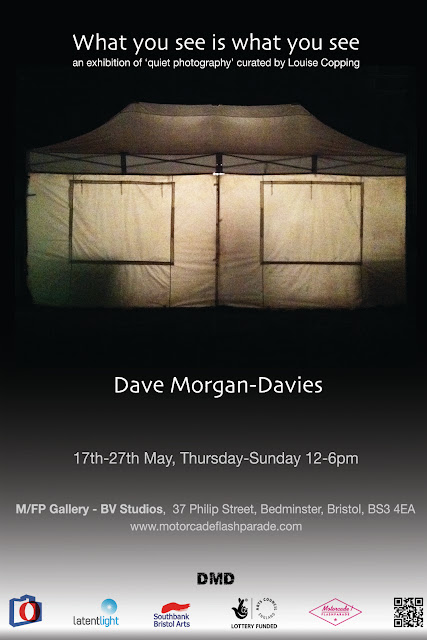 This solo exhibition of 'quiet photography'  takes a minimalistic approach to both content and chromatic range.  The work explores the notion that if one looks, an emotional connection can be found in a place, perhaps any place.

What you see is what you see is part of the 2012 Bristol Festival of Photography and is curated by Louise Copping.
Thursday 17th May
Preview: 6pm-9pm
Exhibition continues:
Friday 17th – Sunday 27th May
12 – 6pm Thursday - Sunday